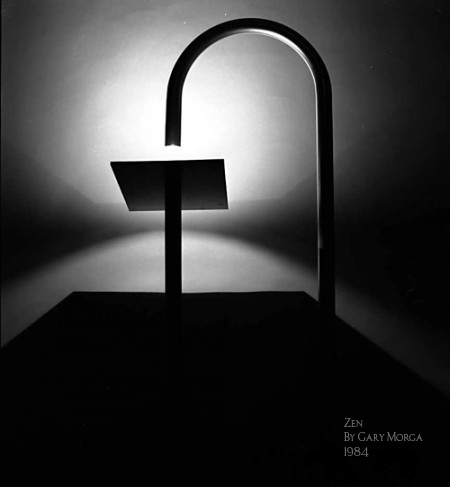 Zen floor lamp. The lamp is located within the end of the metal tube and illuminates the metal plate reflecting light in to the room. The direction of the light and luminance into the room can be changed by rotating the metal plate.

Developed through experimentation with scaffolding, white card and a lamp and cord. By changing the relationship of the elements different light and shadow effects were created. I recorded the different light qualities with photography.

The lamp was part of my final year project at Camberwell College of Art & Crafts, London. And it was a part of my portfolio on my first trip to Milano in 1985.

The configuration and materials were chosen for their emotional appeal. Years after producing the piece I was able to decode the forms and materials on a symbolic level. 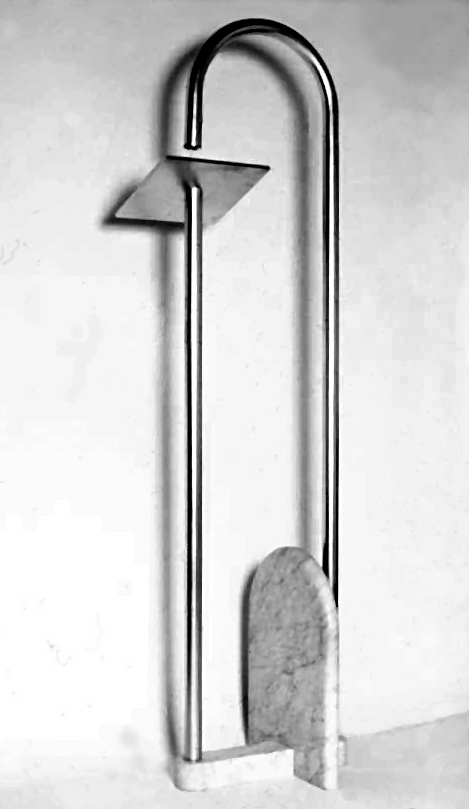 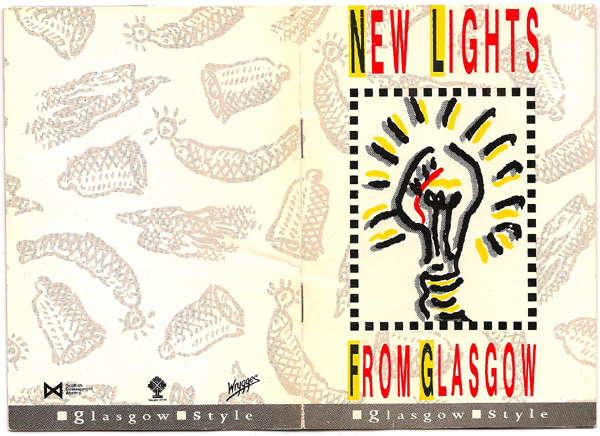 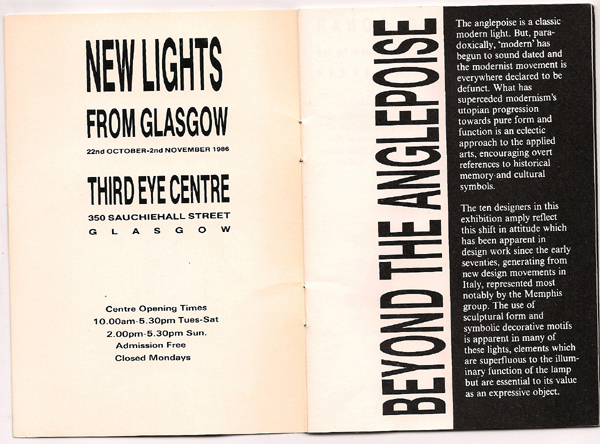 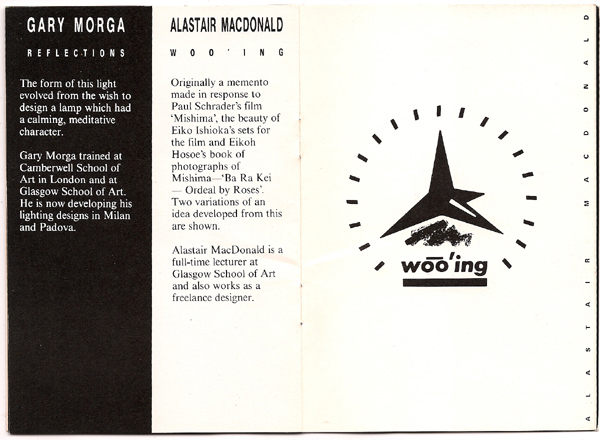 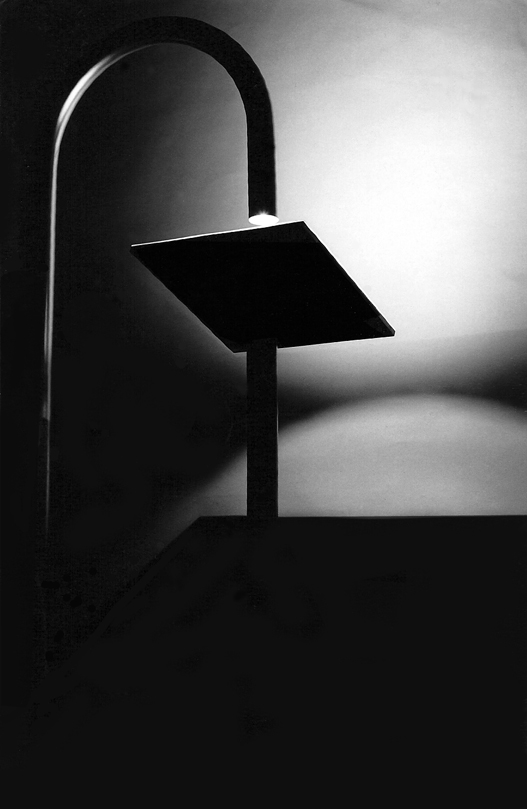 As reported in the Architectural Review:

“ZEN floor lamp was stolen from a flat in the West End of Glasgow in an audacious break-in on the 23rd November 1986″.

ZEN floor lamp was stolen from my flat in Glasgow. Nothing else was touched only the light was taken. The incident was reported on the BBC TV, Crime Watch,  programme.

It was also reported in the Architectural Review:

“ZEN floor lamp was stolen from a flat in the
West End of Glasgow in an audacious break-in
on the 23rd November 1986″. 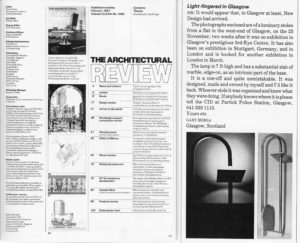 Described to the Police by a neighbour who witnessed the theft:

“A van stopped in the road outside the flat. Two men hurried from the van to the front door of the flat. A few moments later they were hurrying back to the van with the light and manhandled it into the back of the van and sped away.”

Zen floor lamp was in the main hall of my flat. It was the the only item taken in the raid. It  has never been recovered.

Zen was a part of a portfolio designs that I developed and took to Italy in 1995. I was fortunate enough to have shown it to Ernesto Gismondi, Artemide; Guido Anselmi, Bieffeplast; Marco Zanini, Memphis Milano.