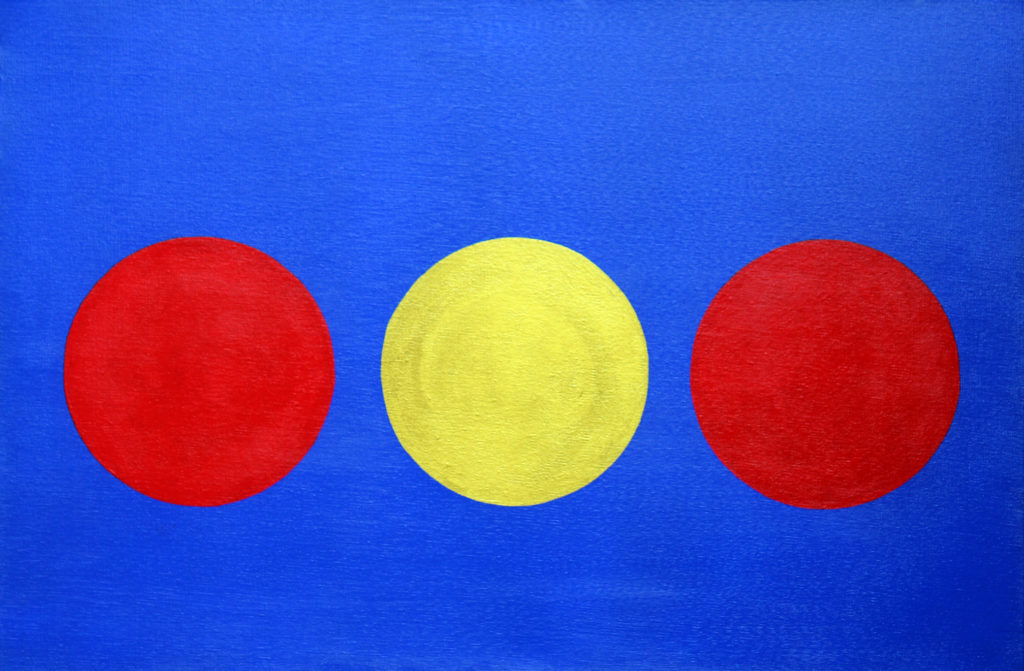 From my early years this life didn’t resonate with me . . .

I walked a complex path between conformity, rebellion and withdrawal.  I didn’t jell with the messages  from my environment. I didn’t want to use them or be associated with them.  I was pleasing but not becoming.

It wasn’t enough to just know what it was. I needed to dig it up, make connections, unravel it.

Eventually, I developed a methodology for creating a visual language founded on the structural linguistics of Ferdinand de Saussure, the teachings at the Bauhaus and the essential essence of the subject.  This is the core though it extends beyond what’s mentioned here to any signifier including sound, smell, taste, gesture, texture.

Written and spoken language is a system of signs/ signifiers from which meaning can emerge, this denotes a visual language of signs/ signifiers from which meaning also can emerge.  By rearranging the order of the signs/ signifiers in a sequence, a sentence, story or image we can change it’s meaning.  Culture is a system of signs that from our birth, through language, programs our minds and habits to conform to the existing regimes dogma.  This is reinforced through the built environment and the language of objects that fill our lives and order our minds, beliefs and behaviour.  We are creatures of signs, of symbolism. 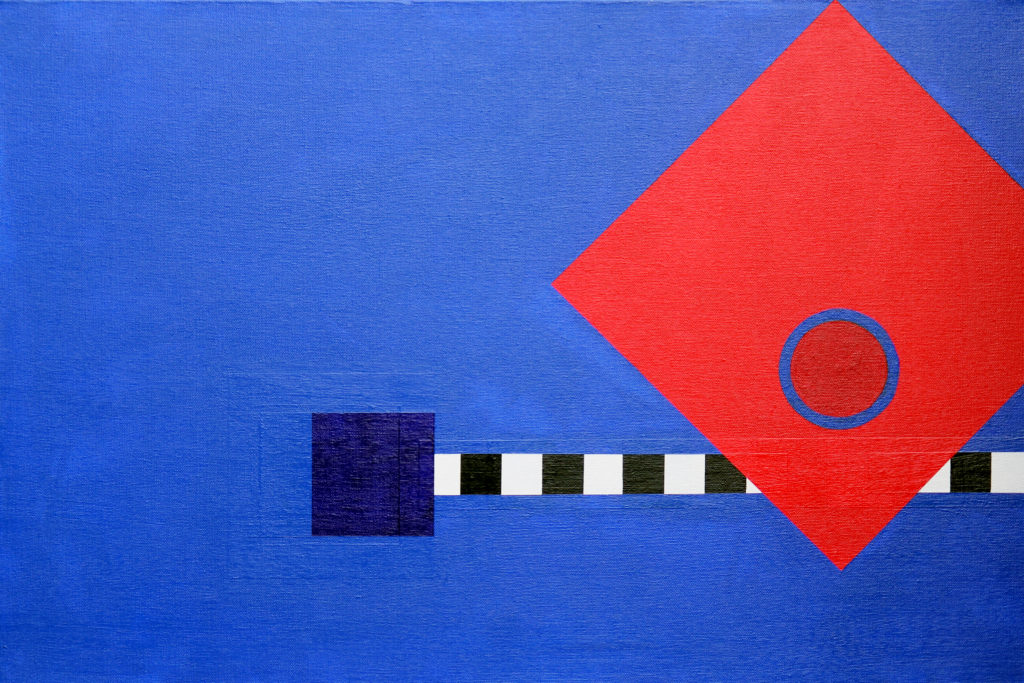 structure of language is first; then decide on a subject and through research ascertain it’s essential essence; refer to the teachings at the Bauhaus on colour, line and form.  Synthesise a symbolic image biased on these findings.  The second step is to employ the elements from the symbolic image as structural components in design.  The methodology is detailed in my book, “The Symbolic Significance of Colour, Line & Form”, ISBN: 978-0993002700.

The outcome from the methodology is exemplified in Sils Maria and Laissez-faire.  Sils Maria is a construction of symbolic signs/ signifiers who’s narrative concerns Friedrich Nietzsche.  Laissez-faire demonstrates the three linguistic signs; symbol, icon and index in a narrative about capitalism.

Beyond our man made, programmed mind and it’s limited imagination lies our essential essence, Lacan’s “Real”.  Include what you have learned in the unravelling of your life yoga, meditation and Shambhavi Mahamudra,  superconsciousness.  We are born in to dogma. Reprogram your mind, create yourself. 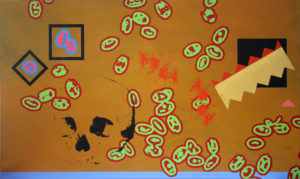 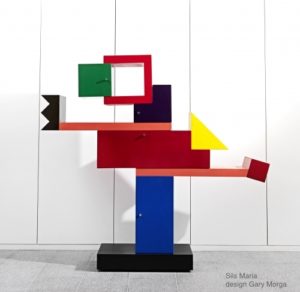 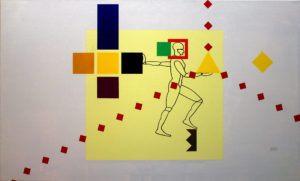 What you think you become. What you hold in mind is your reality. How we are living is our past taught response to external stimuli, facts. Often we respond to these facts with an unconscious prototype that we acquired in our early years. What we experience is our interpretation of our thoughts, feelings and beliefs. Consciousness, changing our thoughts and how we choose to respond to facts changes our experience and our world. In this way we can fashion our own reality.

Feeling outside your past and holding on to that feeling that something new is possible and reliving that feeling over and over again. 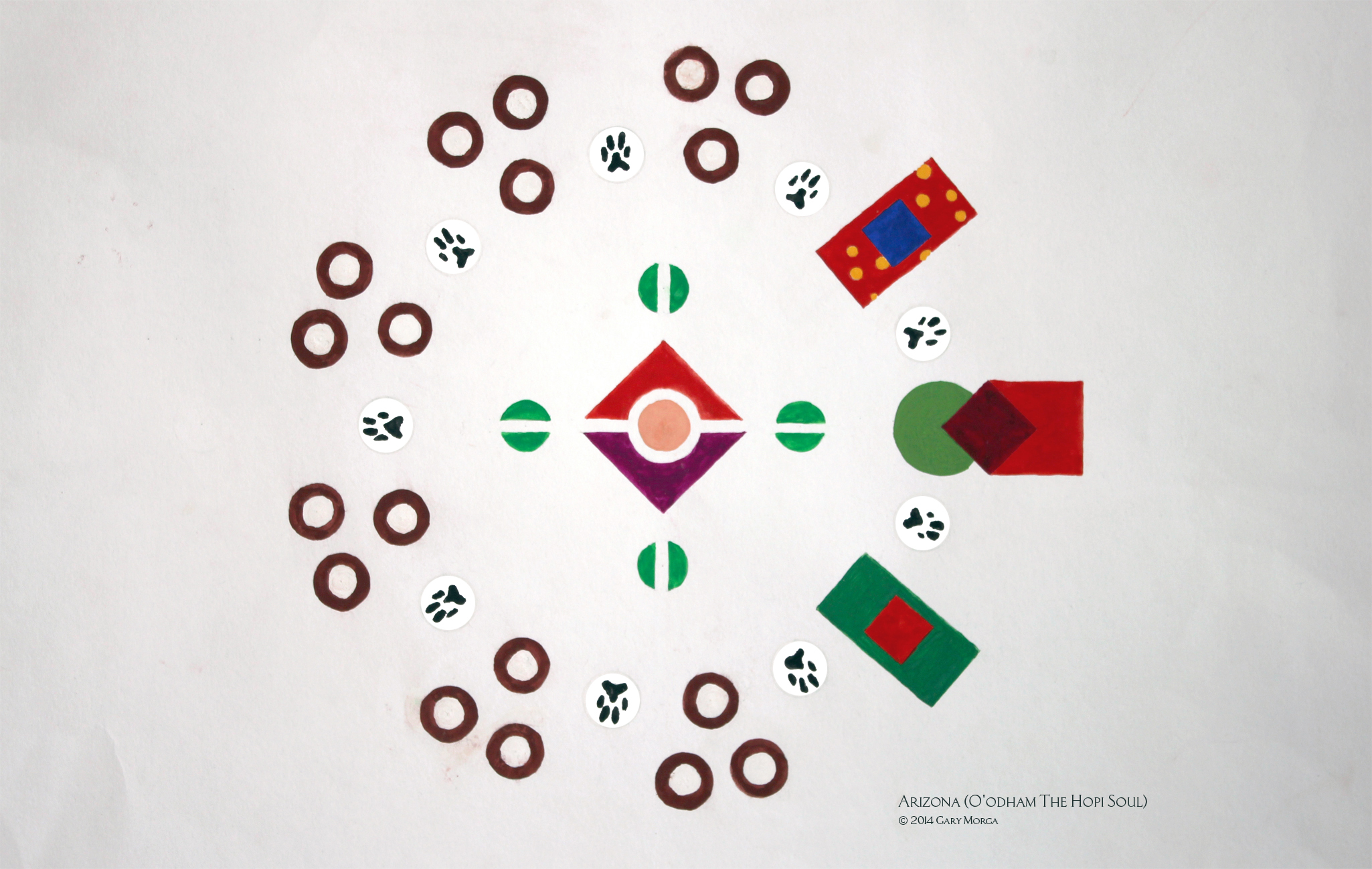 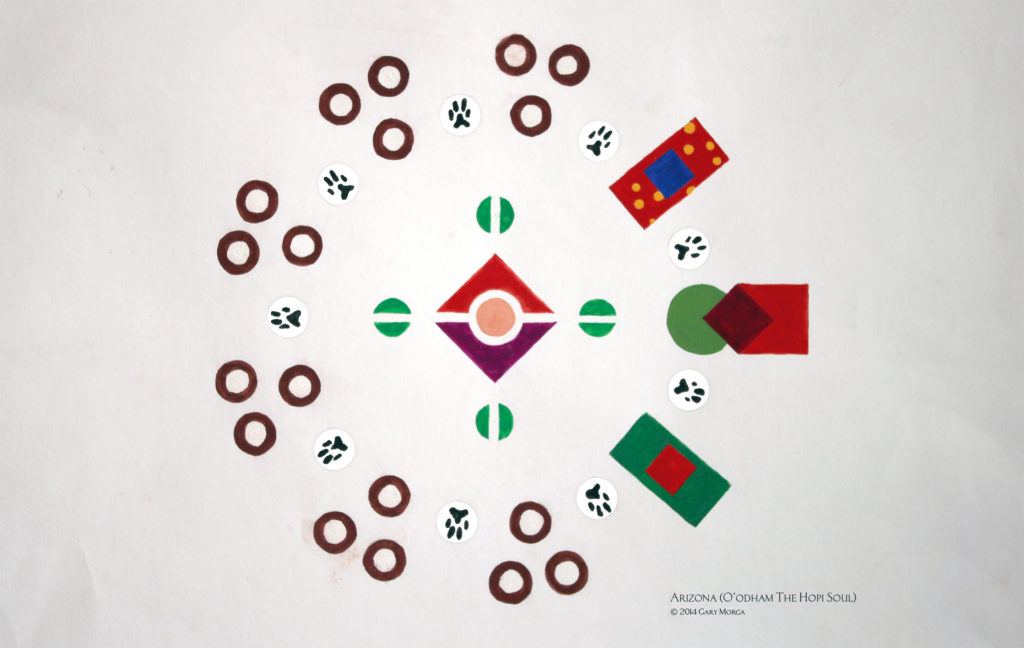 Gouache paint on A2 cartridge paper.

There were the humans, the Hopi, Tohono, Pima
and other tribes and there was the land, trees, sky and the sun.
Then the Jesuits came, then the army, then the West.

Part one
of a two part postmodern design project

The second part of the project I am pondering and procrastinating about. I look at it quite frequently and think about it quite a lot. I might continue it one day. 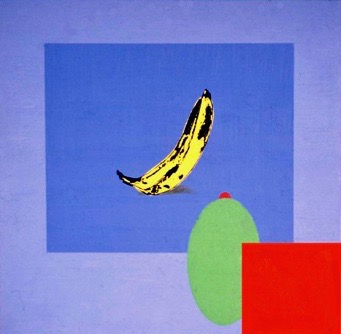 Banana on a Blue Square Acrylic on board A banana on a blue square and a green ovaloid with a cherry at the top. The cherry’s partially covered by a red square at the bottom. right corner. 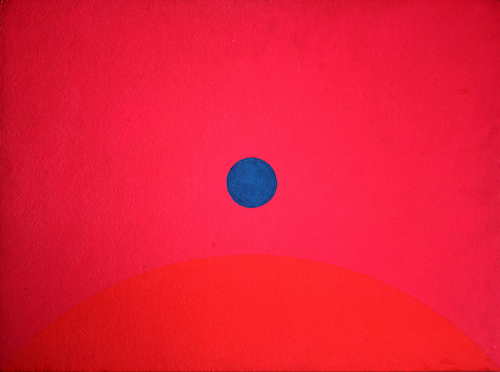 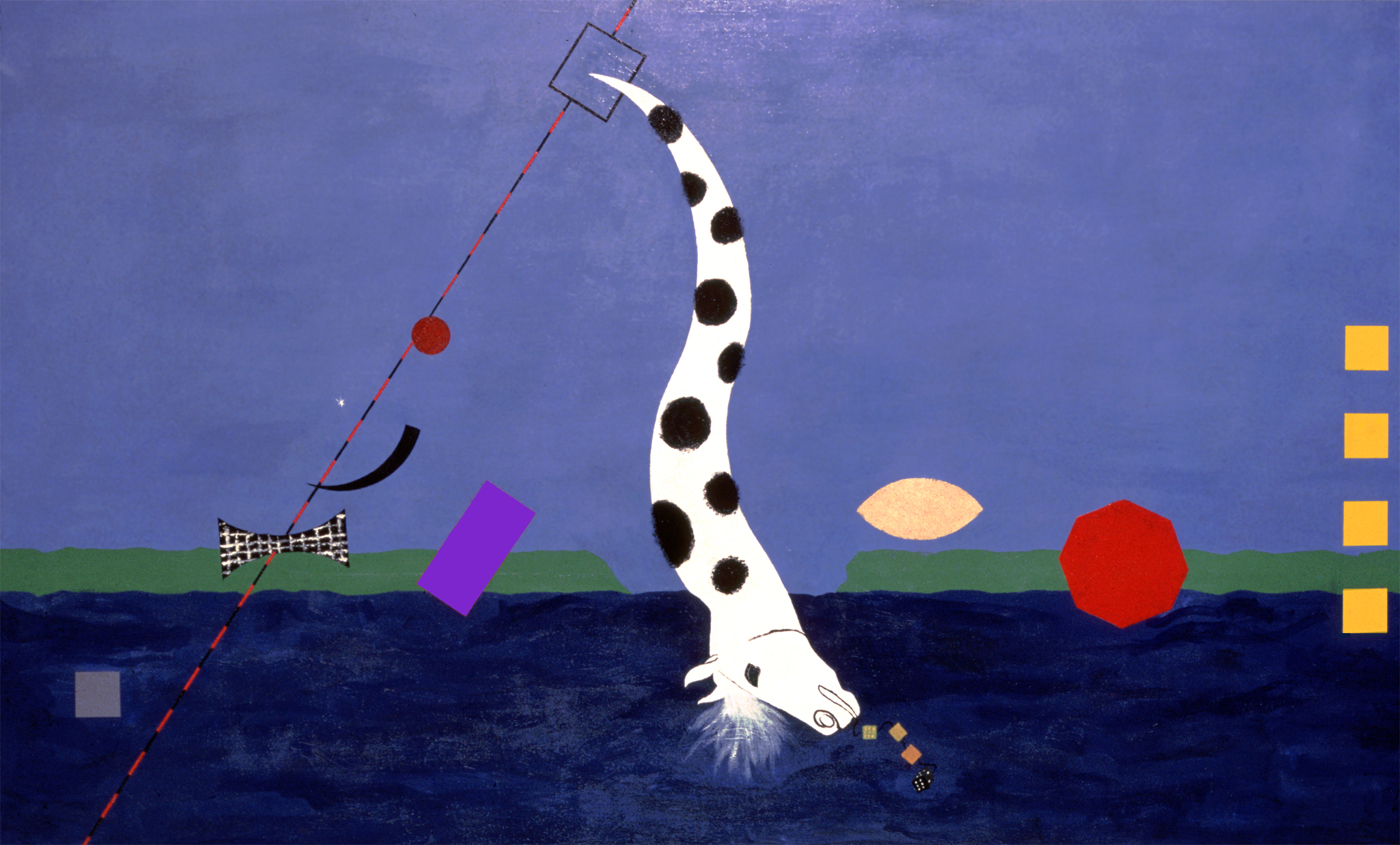 Fortuna España Acrylic paint, 22ct gold leaf and mirror on canvas, 1993, 150cm x 90cm. Postmodern Furniture Design Spain, throughout history, has been a collection of provinces, like much of Europe. Rivalry between regions encouraged competition, pride and machismo. There’s religion, a significant element of Spanish culture and loyalty to the local aristocracy. The Moors … Read more 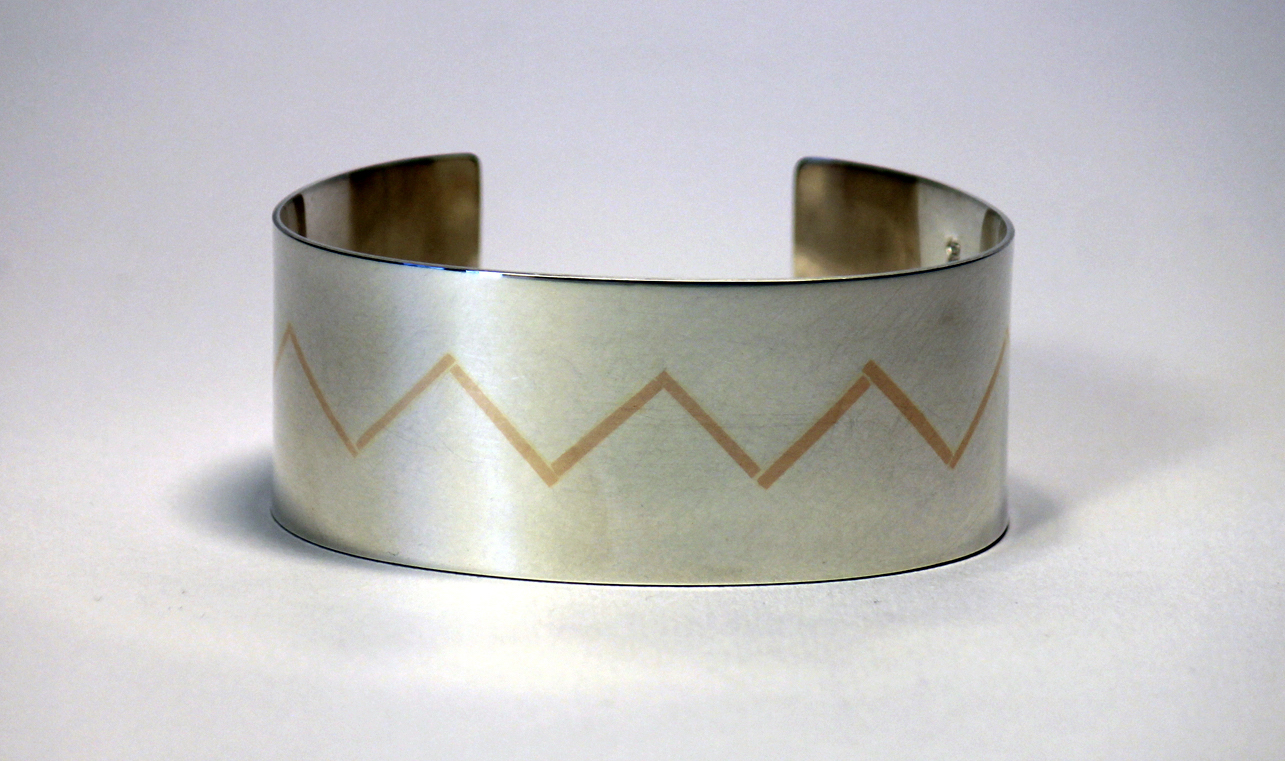